Domestic violence is about a power dynamic. One person with a household or intimate relationship with another exerts physical, emotional, or sexual control. The alleged violence does not need to occur. The mere threat of it constitutes a crime. 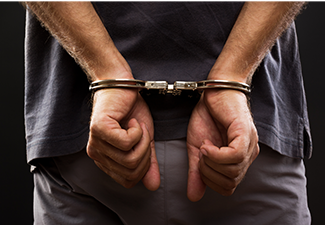 There could be another power dynamic in domestic violence. That is the power one person has to make allegations of violence against someone with whom they share a close relationship. The mere accusation, even without proof, can destroy the life of the accused.

There was a time when what happened in a home was private, and law enforcement avoided getting involved. Now, the opposite is true. Due to its highly personal nature and power dynamic, domestic violence is prosecuted more harshly than violence against others. If an accusation is made, the justice system responds heavily in favor of the alleged victim.

The attorney at the Law Office of Jay G. Wall understands the prosecution’s tendency to take the word of the accuser over that of the accused. He spent his early career as a prosecuting attorney. He now uses that knowledge to help defend those accused of domestic violence in Woodstock, Canton, Marietta, and Cartersville, Georgia.

What Happens if I’m Accused of Domestic Violence?

Because domestic violence potentially puts someone’s life and well-being at risk, action against the accused perpetrator is swift. If law enforcement believes the allegations of abuse may be true, they will arrest the accused and hold them in custody without bail until a court hearing. The court may then issue a protective order, prohibiting any contact with the alleged victim, at least until a criminal trial.

Among the other immediate actions that the court can take include:

Remember, the court can take all these actions before you defend yourself against allegations of domestic violence in court.

You should also know that pursuit of criminal charges against you are solely at the discretion of the prosecuting attorney. Even if the alleged victim decides to not press charges, the prosecution can still pursue them. You can face charges for the commission of any felony, as well as domestic battery, physical assault, aggravated assault, stalking, and more.

Why Might I be Falsely Accused of Domestic Violence?

There are multiple reasons an alleged victim may falsely accuse you of domestic violence. For example, you may be having a fight or altercation with a family member, and another family member or neighbor calls law enforcement. When they arrive, one party may accuse you of domestic violence, regardless of what was occurring between you. It is not uncommon for law enforcement, who are trying to discern the truth, will arrest not only you but anyone else involved in the fight.

The alleged victim may use allegations of domestic violence in an attempt to win custody of minor children, to force you to leave your home, to take possession of the specific property, or to seek revenge for a break-up, divorce, or infidelity.

You may also be accused if the alleged victim suffers from mental health issues. They may sound extremely convincing to law enforcement and the judge. Perjury may not be a concern for them.

What Should I Do if I Have Been Falsely Accused of Domestic Violence?

If you have been accused of domestic violence, hire an experienced criminal defense attorney and do not talk to law enforcement before you do. Especially in the case of “he said, she said,” what you say or fail to disclose can be used against you.

In the meantime, you should avoid any type of contact with your accuser, even if the accuser attempts to contact you. Also, do not try to defend yourself on social media or even in conversations with others. Talk only to your attorney and follow your attorney’s advice.

What Defenses Can Be Raised?

The defenses used will depend upon the circumstances of the allegations. Some common defenses include lack of intent, consent, and that the alleged victim is acting out of spite.

For example, you could be accused of domestic violence if the other person is injured unintentionally. Let us say that you and your spouse are arguing. You slam the door when you leave the house, and the force causes an object to fall from a shelf, injuring the other person.

In the case of alleged sexual abuse, you can use the alleged victim’s consent as a defense. If the accusations are driven by spite, you can present evidence of those facts.

The Law Office of Jay G. Wall Can Help

As a former prosecutor, the attorney at the Law Office of Jay G. Wall understands the tendency to believe the alleged victim over the accused. As a criminal defense attorney, he will use his knowledge and experience to understand your unique situation, helping you present the facts when no one else is on your side.

If you have been accused of domestic abuse in Woodstock, Canton, Marietta, and Cartersville, Georgia, contact the Law Office of Jay G. Wall now to schedule a consultation.