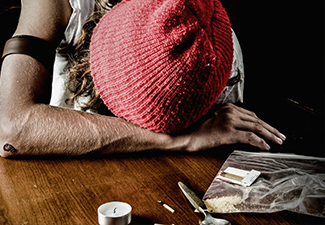 The Substance Abuse Research Council (SARA), an alliance of more than 60 researchers and practitioners, issued a White Paper in 2017 declaring that “opioid and heroin use in Georgia seriously threatens the health, prosperity and general wellbeing of Georgians throughout the state, across almost all sectors of life and work.”

Heroin is an opioid drug made from morphine, which is a natural substance found in various opium poppy plants. Opioids in general have been increasing their toll of the lives of Americans over the past two decades. Synthetic opioids, specifically fentanyl—the most devastating of the synthetic variety—include OxyContin and Vicodin.

These synthetics begin as prescription pain-killing drugs but soon find their way into the underground drug market in various forms. Indeed, many drugs brought into the U.S. are now laced with fentanyl.

The pandemic years worsened the heroin and opioid crisis not only across the nation but also in Georgia. From 2019 to 2021, drug overdose deaths in the Peach State increased by 55.9 percent. Fentanyl-involved deaths increased by 218.4 percent.

If you’re being investigated for or charged with possession of a controlled substance in or around Woodstock, Georgia, contact the Law Office of Jay G. Wall immediately. Criminal defense attorney Jay G. Wall began his career as a prosecutor, so he knows how to anticipate the tactics used against you to stay one step ahead of the prosecutors.

The Law Office of Jay G. Wall also proudly serves clients in or around Canton, Marietta, and Cartersville.

According to the Centers for Disease Control and Prevention (CDC), deaths from drug overdoses nationwide in 2021 topped 100,000 for the first time, due in large part to an influx of counterfeit prescription drugs laced with fentanyl. Health officials in Georgia and across the nation are now warning not to take any pill unless you got it from a pharmacy with a doctor’s prescription. Street drugs are deadlier than ever.

In addition to SARA that monitors drug abuse in Georgia, in 2017 the Georgia Attorney General created the Statewide Opioid Task Force with 300-plus partners who are working in tandem to counter the rise of drug use and overdoses in the state.

Under the Attorney General’s leadership, a Medical Fraud Division was created to investigate overprescribing and dispensing of opioid medications. In 2020, a pill-mill physician was sentenced to 20 years in prison for dispensing massive amounts of controlled substances.

Of course, the primary risk with any pain-killing medication is addiction. Even when the pain has subsided or disappeared, the user may still feel the need to experience the release of endorphins, which not only mute pain but also increase feelings of pleasure.

The problem is that, over time, the use of opioids triggers your body to decrease the production of endorphins. This means that you must consumer larger and larger, or more frequent, doses of the same opioid to achieve the same sense of well-being you experienced in the beginning.

Doctors are well aware that opioids can lose their potency over time, so they are reluctant, if not completely resistant, to prescribing stronger doses. A person addicted to opioids then might turn to illegal sources of the drug, and this is where the great unknown rears its head. A Vicodin-looking pill bought on the street can easily be laced with fentanyl, even to the point of being a lethal dose.

Even if the opioid addict can obtain the original medication through a pill mill or through another source with access to prescription medications, the addiction itself is not only threatening the health and life of the abuser, but it is forcing that person to break the law to obtain the meds.

Georgia takes illegal drug possession seriously. Except for the possession of less than one ounce of marijuana, which is a misdemeanor, all drug possession offenses are felonies. As mentioned above, possession of a Schedule I controlled substance like heroin can lead to prison time of up to 15 years, starting with a minimum of 2. Likewise for narcotic drugs listed under Schedule II, the penalty is the same.

Anyone caught in Georgia with an illegal substance will be charged with drug possession. Drug trafficking charges are based upon the sale, manufacture, delivery, or possession of prohibited quantities of certain drugs. Penalties hinge upon the type and quantity of the drug in question.

The best defenses against drug charges are largely procedural. Perhaps the arresting officer failed to read you your Miranda Rights or conducted an illegal search and seizure. Instances in which officers have entrapped individuals also occur. Witnesses, too, can be biased and even seek revenge on you for one reason or another.

Additionally, drugs must be analyzed in a lab and verified to prove they are what the prosecution claims they are. Here, there can be both chain-of-custody and crime lab analysis issues. Perhaps the sample was mishandled along the way or subject to contamination in the lab. These issues can be brought up by a drug crimes attorney in your defense.

If you are being investigated or charged with a drug possession or trafficking charge, you need the advice and guidance of an experienced criminal defense attorney from the very beginning. Don’t answer questions from police or prosecutors before you obtain solid legal representation. Remember the Miranda Rights warning: “Anything you say can and will be used against you.”

If you’re facing a drug charge in or around Woodstock, Georgia, contact the Law Office of Jay G. Wall. Attorney Wall has operated on both sides of the courtroom and can anticipate prosecutor tactics. He’ll do his best to counter these tactics while developing a solid defense strategy to achieve the best possible outcome. Set up a consultation immediately.