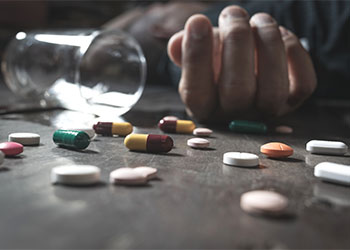 Equivalent to the rest of the country, Georgia is facing a rise in overdose deaths from opioids, specifically fentanyl and other drugs, even prescription drug clones, that are laced with deadly doses of fentanyl. In June 2022, after a seven-month investigation, a 34-year-old Georgia man was charged with felony murder and other drug-related crimes.

In 2021, a similar case of a drug dealer who, facing felony murder charges for distributing heroin laced with fentanyl that led to an overdose death, pled guilty and was sentenced to life imprisonment with a minimum of 30 years served. He also pled guilty to multiple violations of the Georgia Controlled Substances Act. Prosecutors called the conviction a major step in the battle against the opioid epidemic sweeping Georgia and the nation.

For many years, even decades, police tended to view overdose deaths as accidents. They would go to the scene and investigate, but largely just involve the coroner and file a report. As overdose deaths began rising along with the influx of opioids, especially fentanyl, police, and prosecutors began looking at overdose deaths as victims of a crime – the crime of supplying the deadly drug to the deceased.

Georgia has embraced the paradigm shift and, as the above two examples show, is now viewing the drug dealer, or the person who illegally provides the drug that causes the death, as potentially guilty of the state’s felony murder statute.

The Opioid Problem in Georgia

Nationwide, the trend is just as ominous. The number of overdose deaths annually has topped 100,000, whereas it stood at only 71,000 in 2019. Many of these deaths can be attributed to the influx of prescription drug clones and other drugs like heroin that are now being laced with fentanyl, often at deadly doses.

Thus, in the case of a drug overdose death, there is no requirement that prosecutors show malice or the intent to kill on the part of the supplier of the deadly drug. They only need show the intent to commit a felony, which is trafficking in the drug. The only penalties listed in the statute are death, life imprisonment without parole, and imprisonment for life.

While felony murder charges have been applied to individual suppliers personally responsible for the drug that led to an overdose death, the same charge is yet to be levied against a manufacturer, distributor, or doctor who runs a pill mill. This does not mean, however, that these groups or individuals who operate on a larger scale are without legal jeopardy.

Drug trafficking, which means selling, manufacturing, or transporting controlled substances, can be levied against an individual or group in possession of a certain amount of the drug, even if there is no evidence of actual or intended distribution. Possessing four grams or more of heroin or another opium derivative, for instance, is considered trafficking absent even any attempt to distribute it.

If you provide a drug to some who dies from an overdose and you’re charged with felony murder, you need to seek knowledgeable and experienced criminal defense representation immediately.

The charge of felony murder for distributing a drug that results in an overdose death has serious consequences. You and your defense attorney can aggressively challenge prosecutor evidence and witness testimony to force the prosecution to prove your guilt “beyond a reasonable doubt.”