What Are the Rules on Self Defense in Georgia? 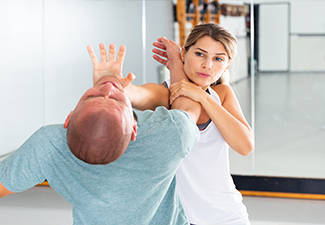 Every state in the country protects the right of a person to defend themselves or someone else when at imminent risk of bodily harm. Some states adhere to the “Castle Doctrine,” others to “Stand Your Ground,” and others by letting a judge or jury decide.

Proving self defense is not always easy, but it is a viable defense in some cases, so long as the elements of that defense can be proven. The prosecution may fully meet the burden of proof against a defendant who, for example, took someone else’s life. Still, that defendant may be acquitted if they have proven they acted in self-defense. It is complicated. Understanding the rules for self-defense in Georgia is a good place to begin.

If you are under criminal investigation or have been arrested for an act of what you believe to be self-defense, Attorney Jay Wall is prepared to give you quality representation. As a former prosecuting attorney, he knows what the prosecution will do to meet its burden of proof. As a defense attorney, he will use that knowledge to fight back.

If you are facing criminal charges in Woodstock, Canton, Cartersville, or Marietta, Georgia, the Law Office of Jay G. Wall can help.

A claim of self-defense may be asserted by a defendant charged with assaulting, injuring, or killing another person if the defendant acted to defend themselves or someone else from imminent bodily harm or death by the aggressor or commission of a forcible felony by the aggressor. Self-defense is based on the theory that everyone has the right to defend their own safety and life or that of another potential victim.

Self-defense is what is referred to as an “affirmative defense.” When using an affirmative defense, the defendant admits to harming another person but offers proof they did so in reaction to imminent harm by the other person. What that means is that the prosecution can meet its burden of proving that a defendant hurt another person. However, if the defendant can prove the aggressor presented imminent danger, they may nonetheless be acquitted of the charge.

Can Self-Defense Be Used as a Legal Defense?

Self-defense can be used as a legal defense, so long as the circumstances of an individual case bear out four key facts:

What Is the Stand Your Ground Law in Georgia?

Many people have heard of the Castle Doctrine which allows a person to use force in defending their homes, vehicles, or other property. Stand Your Ground, codified in Georgia law, extends the right to defend yourself or others anywhere, anytime there is a reasonable risk of imminent danger.

Through Georgia’s law allows self-defense, there are exceptions. It cannot be used by a defendant who was attempting, committing, or fleeing a crime, or by a defendant who provoked the incident, or by one engaged in combat by agreement (a boxing match, for example).

The law also provides for other elements a defendant can use in their affirmative self-defense claim. This includes evidence of the defendant’s abuse, assault, or domestic violence at the hands of the person they killed.

If you are being investigated for or have been arrested for actions you believe you took in self-defense, call the Law Office of Jay G. Wall in Woodstock, Georgia. Your life is on the line, so don’t wait. Reach out today.