Our office is still open, but due to COVID-19 we can also conduct business via phone call or video chat.

If you’ve been arrested for drunk driving, you likely have dozens of questions running through your head. You may wonder about the DUI penalties a judge will assign you; you may feel like there’s no point in contesting your charge; you may feel you were treated unfairly by law enforcement but are unsure of how you would go about fighting your case in court. A drunk driving charge is not something to be taken lightly, and the effects of a DUI conviction can be lasting and far reaching, staying on your criminal record for years. However, just because you’ve been charged doesn’t mean you’ll face the maximum sentence. An experienced criminal defense lawyer can work with you to reduce penalties or eliminate the possibility of a conviction altogether. 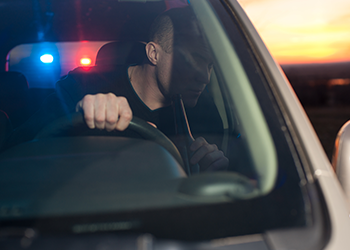 The best thing you can do for yourself is hire a DUI attorney who’ll really listen to your side of the story, and educate you about the basics of Georgia DUI law so you can understand your options. For instance, you may hear of a DUI charge referred to as a DWI (driving while intoxicated), OVI (operating a vehicle while intoxicated), or an OWI (operating while intoxicated)—these all mean the same thing and you shouldn’t be worried if you hear these terms being used interchangeably. If you’re in Woodstock, Georgia or the surrounding area including Canton, Marietta, or Cartersville, call the Law Office of Jay G. Wall today to talk with an attorney who’ll pursue answers to your questions and help get you back on track.

DUI penalties grow increasingly more severe with multiple offenses, and typically your defense attorney will first try to negotiate a plea deal to minimize the consequences. If your case goes to court, a judge will then be tasked with handing down your sentence. To do this, they’ll work within a range of predetermined penalties depending on the specifics of your case. For all DUI offenders, there will be some required punishments and some that will vary.

For a first DUI offense, you’ll be placed on probation for 12 months, required to spend at least 24 hours in jail, and complete an alcohol and drug clinical evaluation. The judge will then work within the sentencing guidelines to assign you additional jail time of anywhere from 10 days to 12 months, and fines that range from $300 to $1,000. Additionally, you’ll face a mandatory minimum of 20 hours of community service if your BAC was under .08% or 40 hours if it was over .08%, and your license will be suspended for 12 months. However, you can reduce the suspension time after four months if you complete a DUI education program and pay a fine.

With a second conviction, your mandatory initial jail time increases to 72 hours, but the probation period is still 12 months. In addition to completing a DUI education program, you’ll also have to attend a DUI alcohol or drug use risk reduction program. After that, the judge will give you a jail time of 90 days to 12 months, fines of $600 to $1,000, and community service of at least 30 days.

If you receive your second conviction within five years of your first conviction, you’ll face a three-year license suspension, but this can be reduced after 18 months by completing a DUI education program and paying a fine. Additionally, you’ll have to surrender your license plates and won’t get them back until your license is reinstated.

A third DUI offense (and any subsequent ones) will see the most severe punishments. First, you’ll face a mandatory 15 days in jail, have to complete an alcohol and drug clinical evaluation, and a judge may order that your vehicle be forfeited and sold. You may also face an additional 120 days to 12 months in jail, fines of $1,000 to $5,000, and a minimum of 30 days of community service. Because a third offense is so serious, your license will be revoked and you cannot apply for it to be reinstated for three years.

Because each case is unique, there are other circumstances you should be aware of that could affect your charge. For example, if your drunk driving resulted in death or injury, the charge will be automatically upgraded from a misdemeanor to a felony which includes jail time of at least a year, and your license will be suspended for three years with no opportunity to file for reinstatement. A fourth or subsequent DUI offense will also elevate your charge to a felony. If you were caught driving under the influence with a minor in the car, you may also be charged with child endangerment in addition to a DUI.

How Legal Counsel Can Help

No one DUI case is the same as another. Each driver’s situation is unique and a good attorney can look at all aspects of your case and available evidence to reduce the impact of your penalties. By choosing to work with the Law Office of Jay G. Wall in Woodstock, Georgia, you’ll have an attorney on your side who has spent nearly a decade working as a prosecutor and can leverage that knowledge for your defense. Reach out today to set up a consultation.